The British Chambers of Commerce’s director general has spoken out this week to warn the government that the Brexit deliberations could have potentially catastrophic consequences for UK firms. The notice came as it emerged some businesses were facing the biggest recruitment problem they’d experienced in almost a quarter of a century, with many companies up and down the country grappling with widening skills shortages.

Construction, hospitality, agriculture and manufacturing were some of the industries thought to be struggling with personnel shortages as uncertainties over work permits, visa and lower levels of immigration were all named as road blocks – leaving many firms facing a looming crisis. The British Chambers of Commerce’s director general also suggested that UK manufacturers may soon opt to invest in their factories overseas rather than at home, potentially unsettling the recent surge in UK manufacturing output.

Phil Chesworth, managing director of Pallet Trucks UK and its parent, the Midland Group of Companies says, “In some ways, a lack of candidates for recruitment could be seen as a positive as one of the reasons for this is record levels of British employment in recent times. However, for those businesses who are finding it harder than ever to find skilled workers, there is a very real threat of falling productivity and with it, falling profits. The manufacturing sector in particular could be especially hard hit which is such a shame on the back of it recent surge.

“As a materials handling supplier we work with manufacturers and other businesses across a broad spectrum of industries and, one thing that we would urge is to consider where materials handling equipment can help fill that gap. Where forklift truck drivers need official training and certification for example, a pallet truck handler does not. A heavy duty pallet truck can be a real workhorse and while it isn’t a replacement for a fork lift, it is a hardworking, productive and efficient alternative that doesn’t require a certified user and can keep products moving.

“Low profile pallet trucks are another option – they are specifically designed to move loads that would traditionally have been handled by a counterbalanced forklift.” 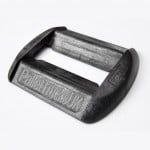 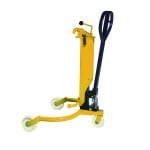 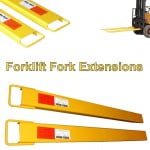 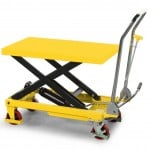 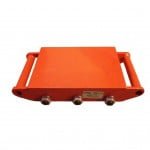 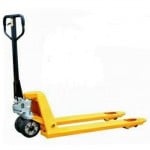 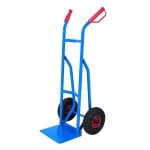 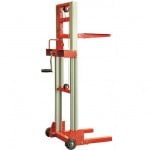